To this day, I don’t still understand why my friend Sam didn’t like The Terror by Dan Simmons. I couldn’t put it down!

Historical Fiction (the catastrophic Franklin arctic expedition) and Horror Story, it was a chilling and hyperrealistic tale. The Terror ? It was the name of the boat, the terrifying cold winter and a mysterious and mythical wendigo like creature.

While on vacation I read quite a few books, listened to music and watched quite a few movies. I thought I’d point a few gems to you all:

Rodéo Boulevard has a really good rythm to it. I just discovered Anis and I can’t really even tell you what the music genre would be. French reggae blues ? Cergy-rap ? Don’t know. But it’s good.

The Night Watch and its sequels (Day Watch, Twilight Watch, Last Watch) are a great mix of russian fiction, modern-day magic and classical vampire stories. Don’t be fooled though, it’s unlike anything you’ve read before. The sequels are actually really good and the book series much more complex than the movies (and much better, it goes without saying).

Old Boy is just incredible. The main characters is locked up for 15+ years for no particular reason (it seems) and with no contact with the outside world. Eventually he gets out and sets out to understand why he was jailed and who was his captor. Nothing is what it seems and the end is more twisted that you’ll ever imagine. A lot more. Incredible movie, funny movie, tragic movie. Captivating.

Just updated my list of recommended restaurants to check out in Paris, would love feedback.

Filmed in the South End in Boston, at the Metro PCS on Washington, next to the new Church of Scientology building. How fitting.

Got an opportunity to finish a few books during the break. Just before going on vacation, I read the Twilight Watch

and The Day Watch

); I was surprised and I don’t know if all will agree, I’ll be interested to see.

After that, I read Neil Gaiman’s Fragile Things

, a collection of short stories and poems.
Now, I am a big fan of Neil Gaiman but mostly for his Sandman

, an amazing series of graphic novels (must-read). Other than Neverwhere

I had never really loved any of his full length novels. I think that Gaiman always comes up with really interesting ideas which I get really excited about but I don’t think he ever takes them all the way to awesome, stopping instead at good enough. Case in point with American Gods

. I loved the idea of personified and weak shadows of old world deities from all pantheons walking around in modern America but I think the novel came short of my expectation

Now, “Fragile Things” though, I thought was a great collection of short stories, much darker or at least more perverted and pernicious than his usual fare. I especially liked Monarch of the Glen in it, with an encore from the two very dark characters, Mr Alice and Mr Smith. A great read.

I also finished Diving into Darkness

which just came out in the US (it was called Raising the dead in the UK). Now this scuba diving / cave diving novel doesn’t focus too much on the actual sport but pays attention to the people, the relationship and their motives for doing what their done. It reads really quickly and I would recommend it as well.

fame, an incredible book) are getting longer and harder to read which each new book. I have tried to start Anathem

and will try again. In the mean time, I started reading Jonathan Strange & Mr Norrell

which I am enjoying immensely thus far.

Hopefully this will give you a few ideas if you’re looking for a good book in 2009. Happy new year to all ! 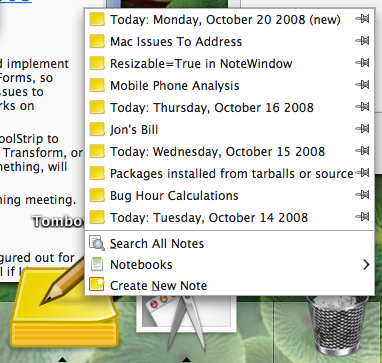 Both are great candidates for permanent projects, I’ll evaluate them when I get back from my September liveaboard trip.

In a previous post I reviewed the Arduino Diecimilla and some of its shields. The Diecimilla and its proto-shield provide us with a great sandbox for experimenting with basic circuits on a mini-breadboard. If you can leverage some of its shields to provide additional functionality you don’t want to have to implement yourself (GPS, SD card logging, Motor control, LCD, …) the Diecimilla ecosystem is a great set of building blocks for complex circuits.

But let’s back up for a second and explore what different use cases are:

Any others you can suggest ? Feel free to comment !

As I read blogs and articles about DIY electronics projects, I learn about gizmos that I want to gain first hand knowledge on.

One such are small LCD screens (not monitors !) which are available from many vendors. Following the Arduino tutorial, I discovered that many require up to 11 pins on the Arduino.

Sparkfun sells a serial LCD backpack that allows you to drive an LCD screen with just one pin (in addition to 5V and GND).

Since I wanted a minimalist solution, I didn’t use a microcontroller such as the Arduino but directly drove the serLCD from a (serial) USB connection. Sparkfun happens to sell the Breakout Board for FT232RL USB to Serial which allows a USB to serial communication using the (Windows, MacOS X or Linux) FTDI drivers (the same IC and drivers are used to on the Arduino Diecimilla).

Grab your serLCD enabled LCD screen, wire ground and VCC in and connect the LCD’s RX to the FT232L TX. Connect the breakout board to your computer via USB and the LCD should ‘boot’ up and wait for serial transmission. On a Mac, you’d type in a terminal something similar to:


and whatever you type will appear on the LCD. To leave screen, type ‘CTRL-a’ followed by ‘\’. Never unplug your USB serial device on a Mac before you’ve quit the application or freed the device in some way, you’d crash the USB drivers and no USB device would work until you reboot.

I got a lot more to say about this subject, how it ties to software like LCDSmarties (Windows) or LCDproc (Mac OS X, Linux), how an 8 bit or 4 bit LCD might work better, coupled with an Arduino, but I’ll leave this for next time.